Am I the only one who’s excited that the internet is finally in a place where you can not only upload a post called ‘My Pen Collection’, but that people will also actually read it? The little stationery freak in my heart is singing right now.

Welcome to my current pen collection! The word ‘current’ is really important in that sentence because I’ll admit, I have a problem – and I’ll probably have more pens arriving by the end of the week.

However, I thought this would be a good reference for you guys so you know what supplies I’m working with when I create all my different spreads in my bullet journal.

Plus, these pens come at all different price-points, so you can have a look around and see which ones tickle your fancy – treat yo self.

Let’s start with the felt tip/brush pens – in other words, the really fun bit. 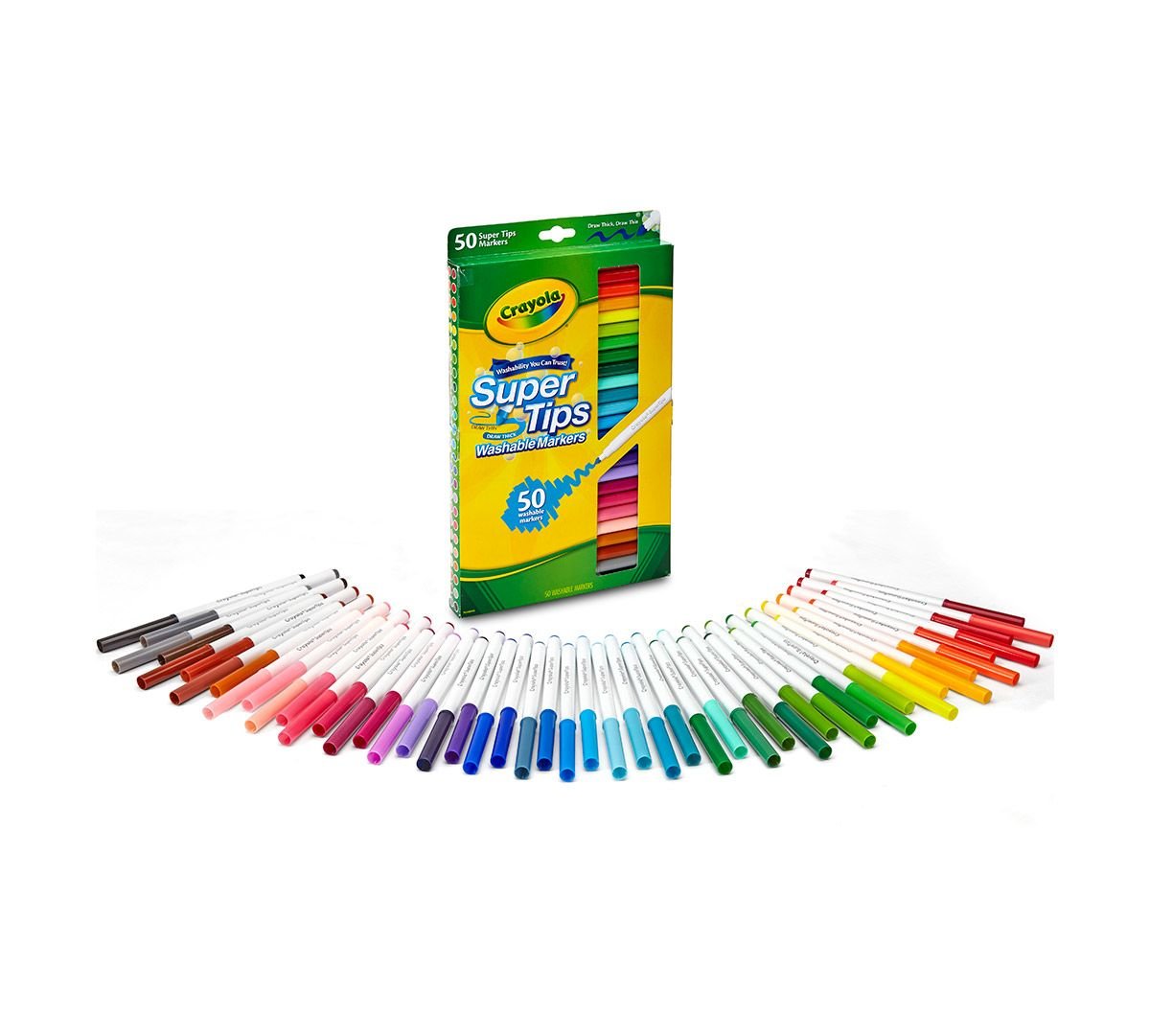 These are the foundation of my pen collection, despite the fact that they’re a fairly new addition. I’d totally forgotten how amazing Crayola were! The colours are all super vibrant and the tip makes them incredibly versatile. Basically, if I don’t have a colour in any other type of pen, I’m bound to have it in a Crayola. 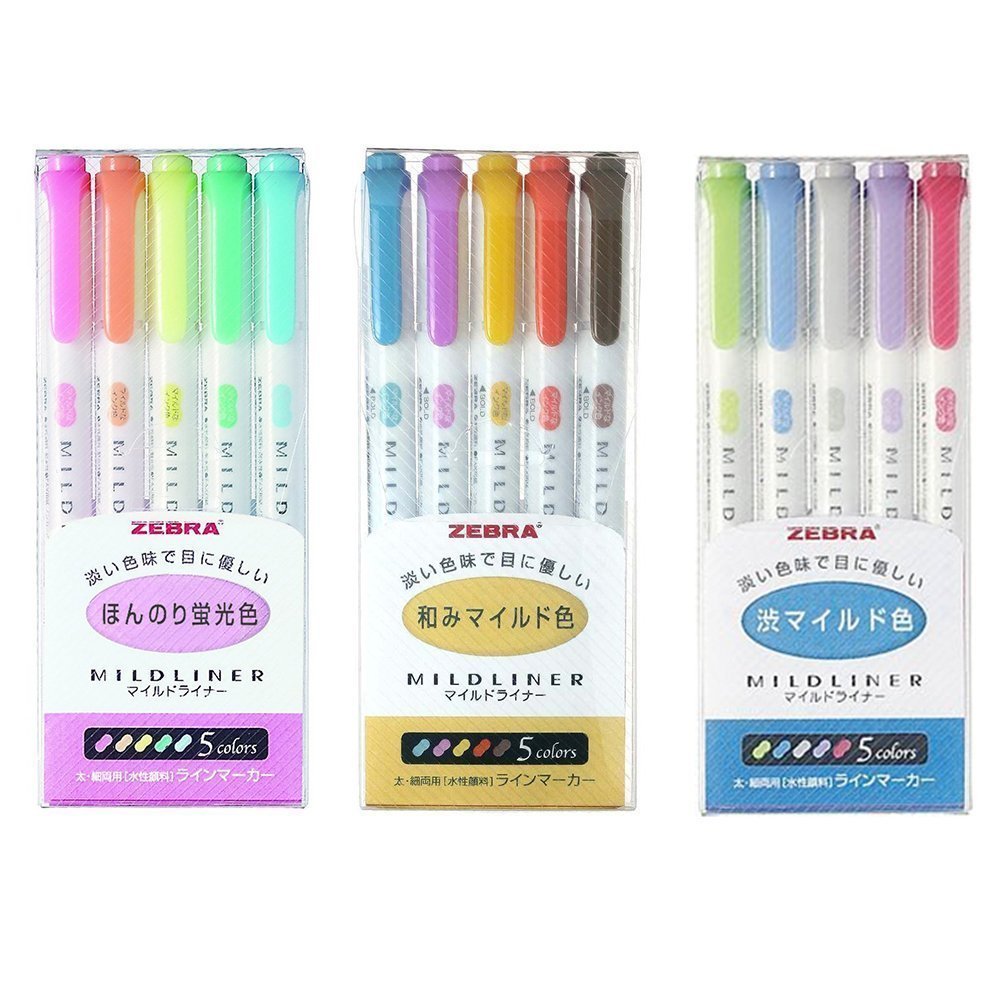 I got a pack of 15 of these all at the one time, and I have to admit, they weren’t at all what I was expecting. They’re rubbish for colouring, so I rarely use them on title pages or decoration. However, the bold highlighter tip is perfect for shading in time bars or straight line borders, while the finer tip is nice for habit trackers. They’re useful, don’t get me wrong, they just weren’t what I was expecting.

I also think it’s important to point out that their colour selection is really weird. All the ones I have seem to either be fluorescent or super dark – I may need to get my paws on some of the more in-the-middle colours soon.

I don’t have loads of these, but they’re definitely a collection I want to build on. They’re the quintessential bullet journal pen after all! I don’t think I really need to talk about these too much, I’m sure if you’ve ever looked into bullet journaling, you’ll know all about them, but I will give you a list of all the colours I have: 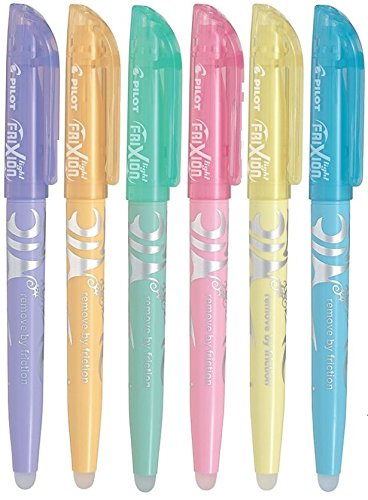 These are very similar to the Zebra midliners, but without the finer tip. If like me, you’re not a huge fan of fluorescent or neon colours, these are the highlighters for you. I not only use these in my bullet journal but also throughout my uni notes and textbooks (the erasable part is a huge bonus when you come to re-selling). I used to do a lot of headers with these, but you just have to be okay with your text having a mixture of thick and thin lines due to the highlighter tip.

Now we’re moving into a different sort of pen that I’m not quite sure how to categorise. They’re still felt tips, but they no longer have that brush-tip… if that makes sense.

This is a really beautiful pack if you’re looking for something somewhere between a marker and a fineliner. They’re perfect for doing precise, block letter headers, and can still be used for colouring. They’re not meant for calligraphy by any means, but they’re still incredibly versatile and come in a really nice assortment of colours. 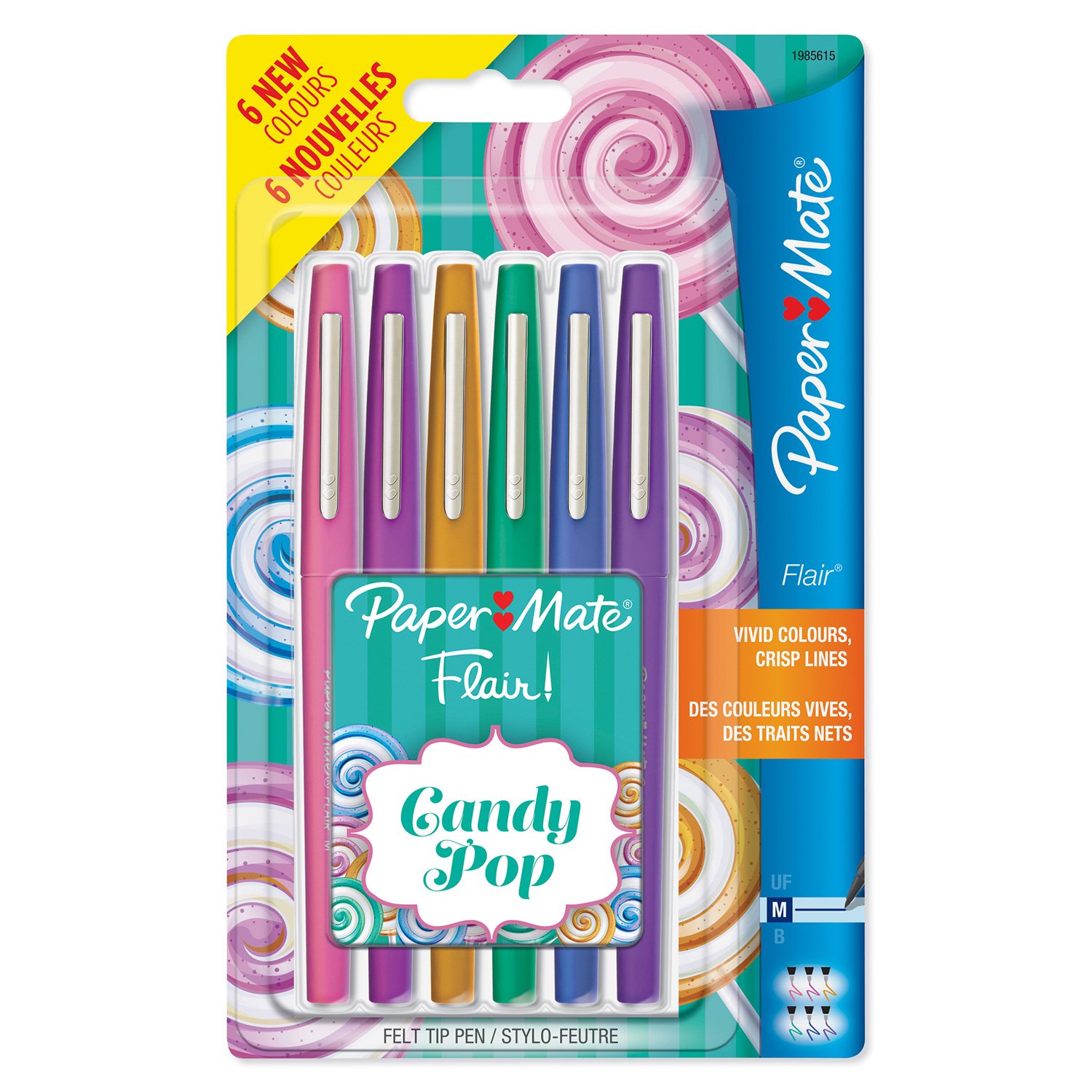 These are quite similar to the Stabilo felt tips, in that they’re great for writing headers, block letter quotes or for drawing borders and outlines. However, unlike the Stabilo’s, they’re neither great for calligraphy nor for colouring (the tip is a little too fine to make it worth your while). However, they are beautiful to write with, and the colours are fab! 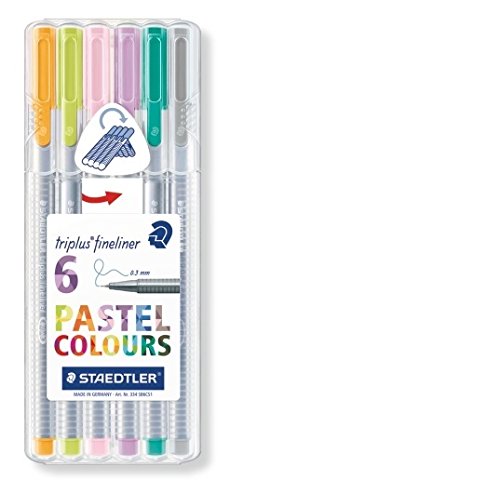 These are another type of pen that fit really well in both my bullet journal and in my uni notes.

They’re the perfect thing for sub headers (like the days of the week in your weekly spread, or the dates in your monthlies) but they’re also useful for a scribbly header in your lecture notes. The tip is pretty fine (I believe it’s a 0.5mm) and so requires a light touch to avoid splitting, but all in all, they’re worth being cautious. 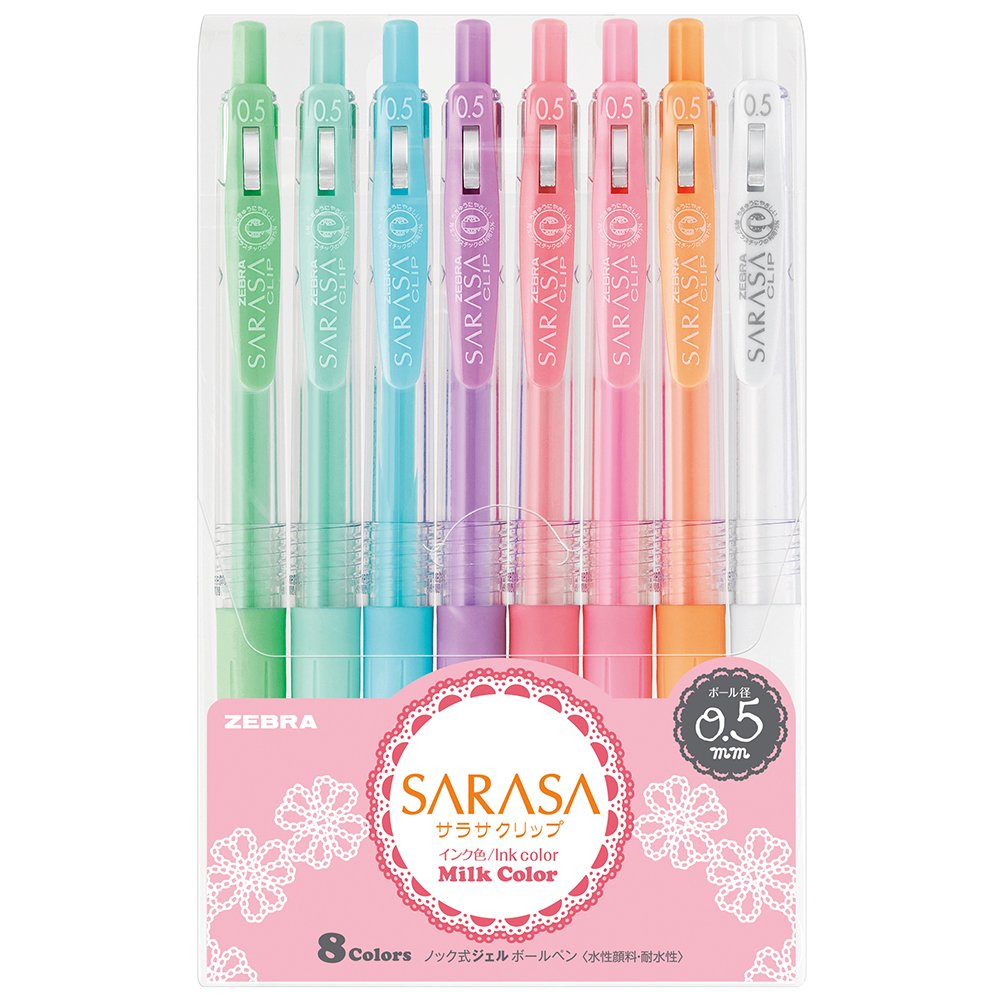 These pens seem to have gotten very mixed reviews since their release, so I’ll add my 2 cents worth. I’ve actually become quite a fan.

The important thing to know about these is that they do take a bit of time to warm up, you can’t just crack them open and get to work. It takes a few uses for the ink to really filter down into the tip properly before you get those nice clean lines you want. For the first couple of goes I used them for writing shopping lists and other unimportant lists outside of my bullet journal, to give them a chance to warm up. Now, the writing is just as gorgeous as the colours! 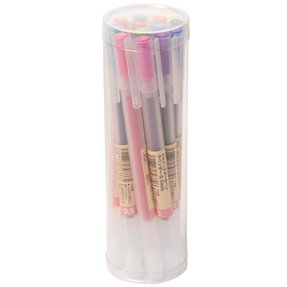 Speaking of awkward pens, these ones take the cake. Although their beautiful to write with – the point is so fine, they’re perfect for notes or to-do lists – they are the worst pen for smudging I’ve ever used. No matter how long you leave them, you cannot highlight or colour over these making them unsuitable for headers, timelogs or doodle outlines. You can use them in some of these ways if you go over the top of another colour… it just requires a lot of forward thinking.

Now moving onto the most boring, but also the most important section – the writing pens. 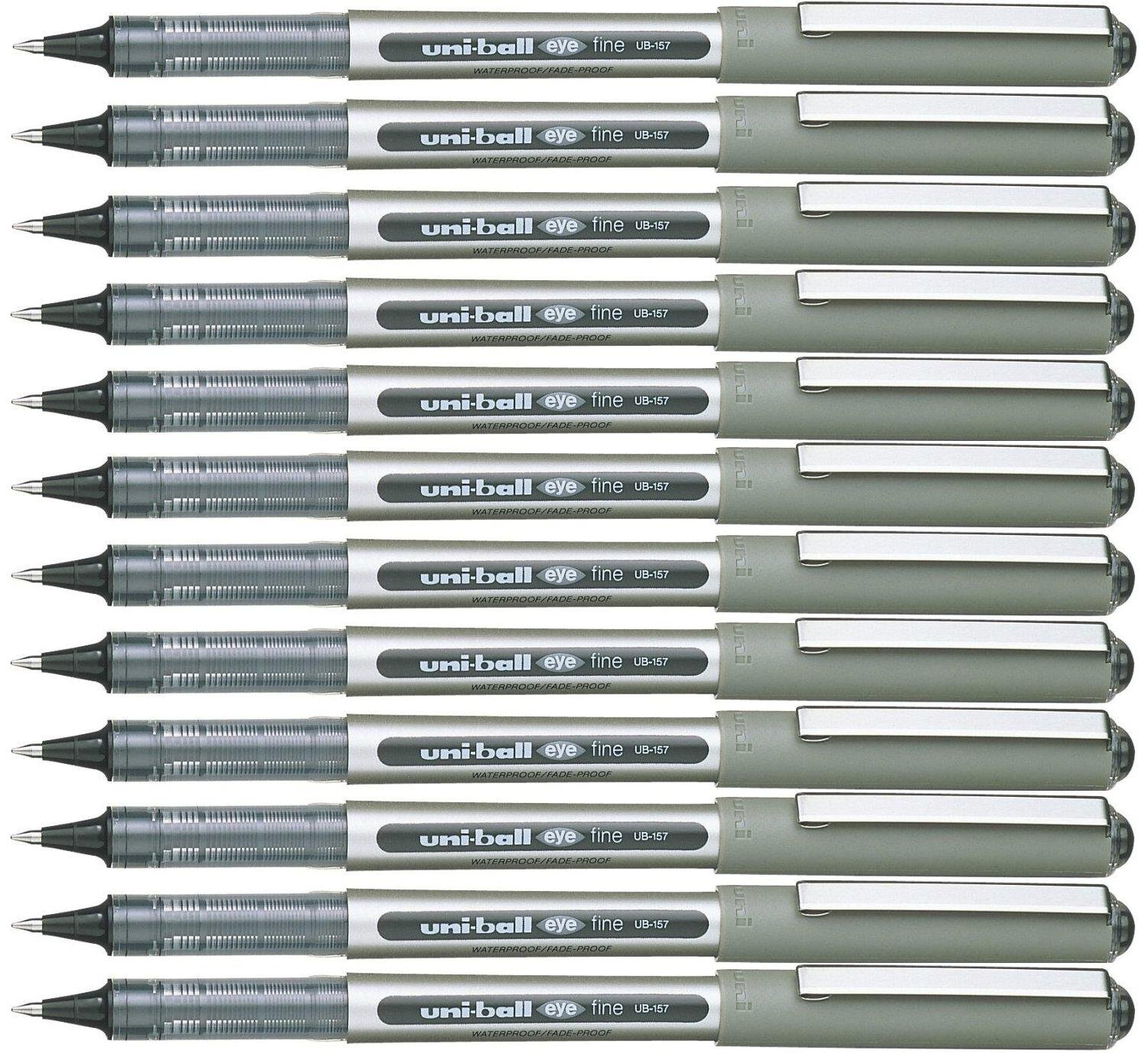 This is my go to pen for uni notes and other lists. I don’t use it in my bullet journal a lot, but it’s the one pen I don’t think I could live without. You can write super-fast with it, without worrying about the lines becoming scribbly or disjointed, they dry really fast (perfect for a smudgy leftie like me) and they require very little pressure to leave their mark (meaning you don’t get a sore wrist as easily). They’re my go to pen for uni in particular as they’re great in lectures, tutorials and other meetings that require lighting quick yet legible note taking.

Now, let’s start with my least favourite of the drawing pens. They don’t dry quickly and the nib wears down really fast – I know they’re considered to be a staple of the bullet journal community, but I’m really considering getting rid of mine altogether. There are much better writing/drawing pens on the market.

I feel like if you don’t like the Faber-Castell pens, you’re supposed to like the Tombow’s, but honestly, I’m not a fan of these either. I still find with these that the nib wears down very easily. The only thing they have going for them is that they’re super black (if you’re into that), but ultimately they’re still not the pen I’d reach for. 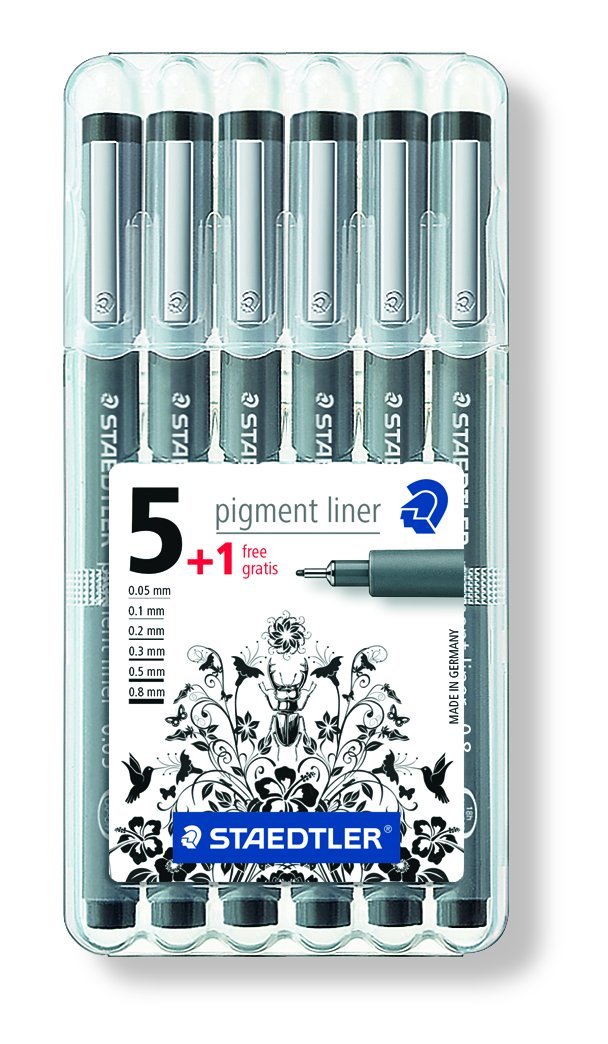 Finally, we’re into the good stuff.  These are where it’s at. Not only do these come with the biggest range of sizes (going all the way from a 0.05 – 0.8mm) but they also dry the quickest, ghost the least, and wear the best. They’re definitely a strong contender for first place. 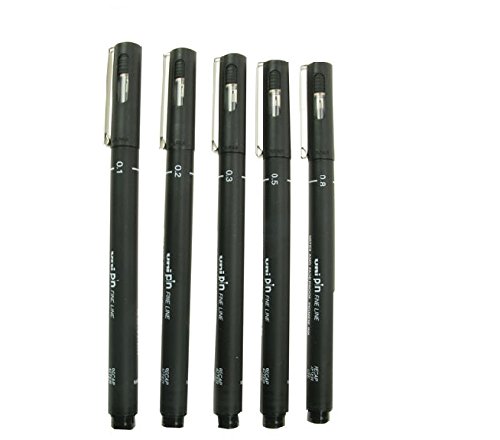 These are the main competition to the Staedtler fineliners (at this current moment, they’re my most used pen, but I go back and forth). Like the Staedtler’s, they dry quickly, they’re super black and they come in a good range of sizes. Oh, and did I forget to mention, they’re cheap as chips! What’s not to love? 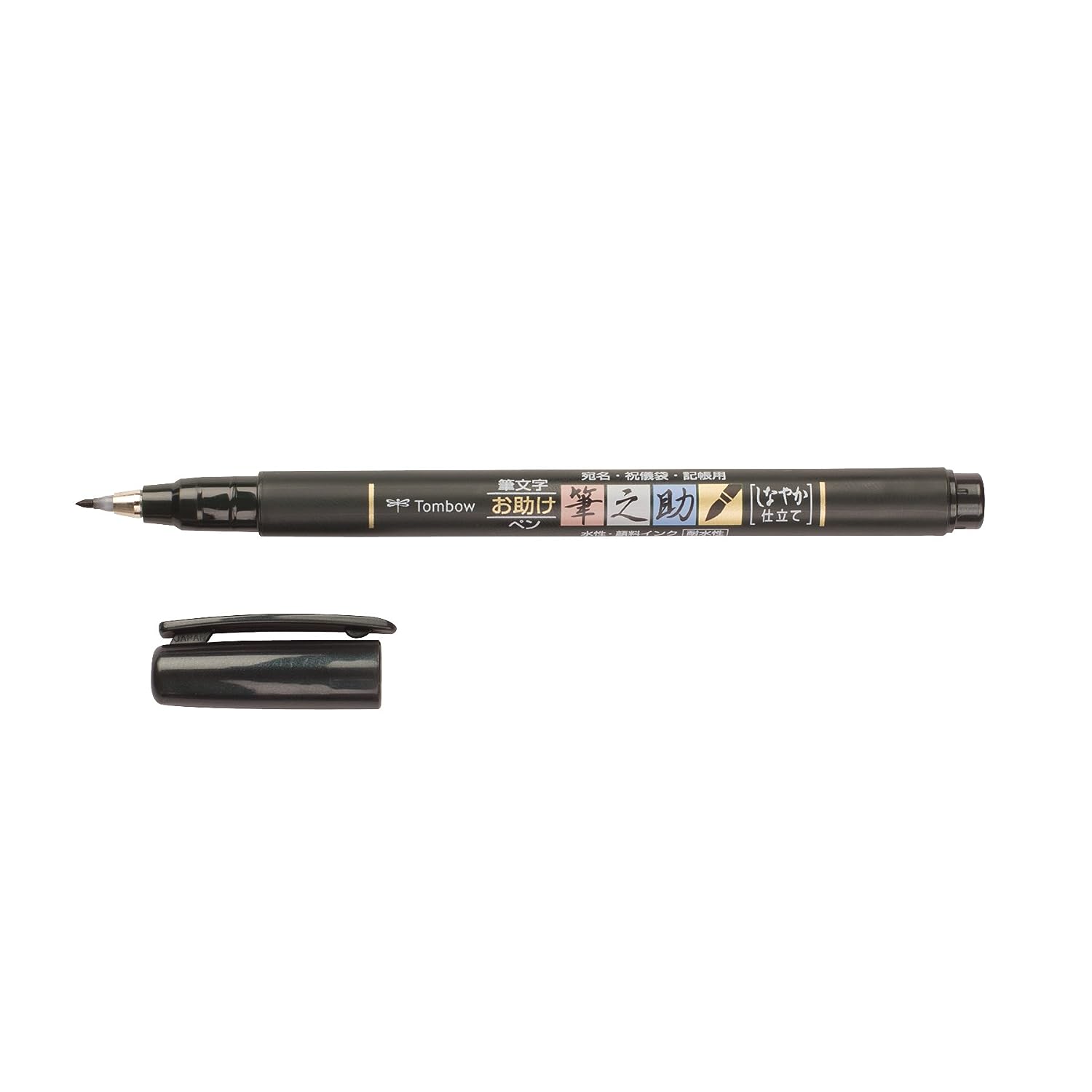 This came free with one of my packs of dual brush pens, but I’ve never really found a way to use it all that often. It’s a good pen to have if you’re into real calligraphy (as a leftie, I have to fake it). 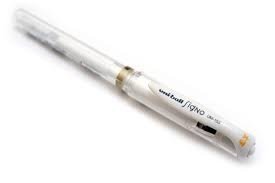 This is the perfect corrector pen for any bullet journaler. It’s one of the few white pens that can actually write opaquely over a black or coloured background. It’s saved me from many a mistake, and it’s become the perfect tool for any of my blackboard-effect spreads.

And that’s it, I’ve tried to link all the packs and pens throughout this post, but I had more to cover than I originally anticipated, so if there’s anything else you’d like to know, give me a shout in the comments and I’ll try to get back to you as soon as I can.

4 thoughts on “My Pen Collection”