It’s hard to believe we’re a twelfth of the way through 2017 already. This month has really flown by! Despite being off uni, January wasn’t a particularly spectacular reading month for me. As you’ll see from the following wrap up, I really didn’t read any amazing books this month, and that probably explains my lower pace. 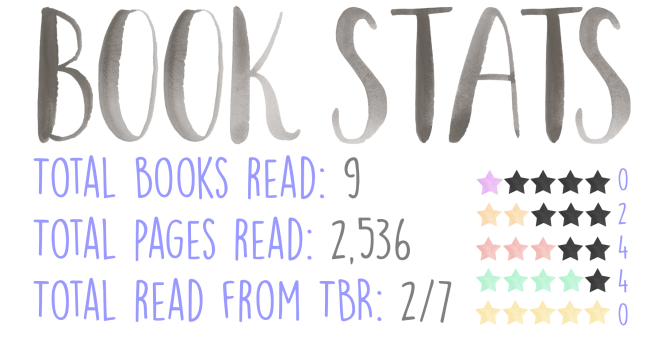 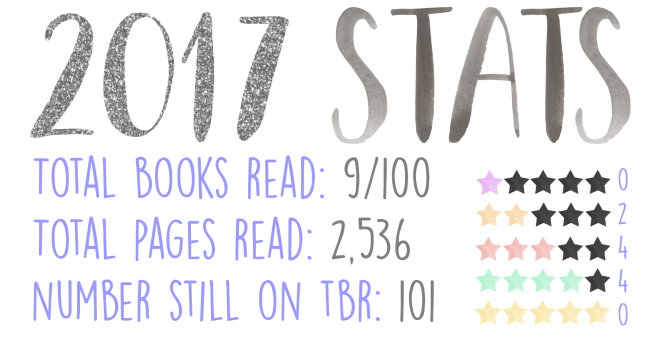 Shadow and Bone by Leigh Bardugo

+ I liked the world and the concept of the Grisha

+ Alina is an acceptable female protagonist

+ I read it super fast

The Trap by Alan Gibbons

+ A short book that was a really fast read.

+ Despite lots of flash-forwards and flash-backs, was really easy to follow.

+ A realistic ending, I felt very satisfied when I finished this book.

– Wish it had included more Muslim families who did not have an association with extremism.

– Not quite as diverse a read as the description suggested.

Across The Universe by Beth Revis

+ Some interesting sci-fi elements, the generational ship was a new concept for me.

– The hype had just raised my expectations too high.

– I immensely dislike Amy as a character.

– The plot was very predictable, I saw every ‘twist’ coming.

The Black Key by Amy Ewing

+ I love that the romance took a back seat in this book, making Violet a stronger character.

+ The previous book was well recapped in the first few chapters, I didn’t feel like I was playing catch up

+ I like the Paladin and their power, it’s a nice (if not stock) concept.

– Violet was quite hypocritical in the second half of the book especially.

– Too many unnecessary character deaths, I barely had time to digest them all.

+ I love the characterisation of Norah, she didn’t become her illness

+ The writing was beautiful, it was in equal measures funny and heartbreaking

+ The last few chapters left my heart pounding, I don’t think I breathed for a good chapter and a half.

+ It’s an insightful look into the daily struggle of mental illness, above and beyond what we clinically know.

– The ending felt a little too abrupt for me

+ Liked the use of second person narrative, I think it’s the first book I’ve read that utilised it so much

+ It was a good length, not too short meaning the story didn’t develop properly, but also not long enough to become depressing.

The Boat by Nam Le

+ The stories had a really diverse range of characters

– The links between the stories were tentative at best

The Underground Railroad by Colson Whitehead

+ Loved that the Railroad was not the bulk of the story

+ The variety of hardships Cora faced on her journey

+ Didn’t over utilise traumatic scenes to incite a reaction

– A little hard to follow in places, when the timeline started jumping about.

Flying Lessons and Other Stories edited By Ellen Oh

+ Some beautiful stories in here, especially at the end

+ Covers a wide range of authors, backgrounds and protagonists

– Was quite Americanised, I think 8/9 of the stories were based in the US

So there we have it! A bit of a mixed bag this month, there were some good reads this month but noting absolutely spectacular. I’m so excited to get stuck into my February TBR! What was your favourite read this month? Let me know in the comments.

7 thoughts on “January Wrap Up”